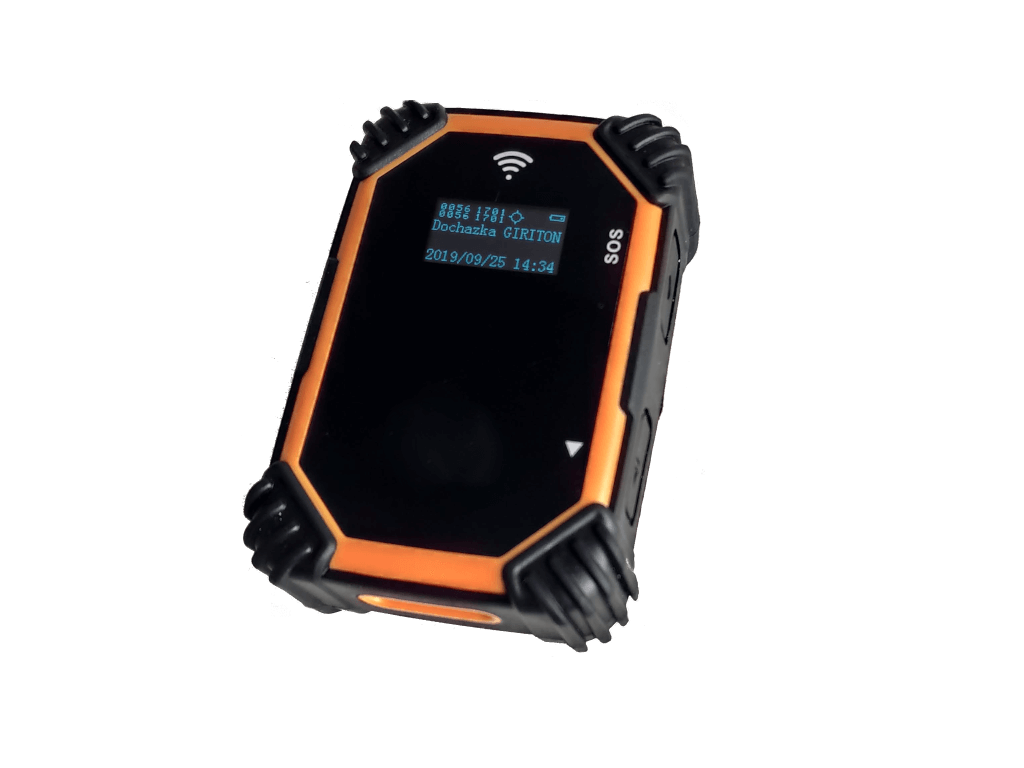 Thanks to the battery, the autonomous IoT clock lasts up to several days without recharging. Attendance is entered using 125 kHz cards and chips. Attendance is sent immediately in real time from anywhere where a mobile signal is available thanks to the SIM card with a very cheap data tariff. So there is no need of WiFi or LAN connection.

IoT Time clock is thus suitable, for example, for Facility management companies that cannot permanently install their own HW in the premises.

IoT Time clock H1 and H2 have no buttons that can be used to select the type of attendance. For example, you cannot select whether Arrival or Break is inserted. It is usually being set in a way that the first punch is Clock-in and the second one is Clock-out. Alternatively, it is possible to order 2 pieces of this Time clock - H1 and H2. One placed at the entrance and set to always insert Arrival, the other placed at the exit and set to always insert Departure.

H1 and H2 Time clock scan chips and cards from a distance of a few centimeters. For example, they can be placed in a plastic electrical box. Chips can be then attached to the box and the attendance is inserted.

The H2 version differs from the H1 in that it also records the current GPS position at which the device was at the time of the attendance entry for the entered attendance. It is therefore not a continuous monitoring of the position but a one-time recording of the current position at the moment of beeping the chip.

Connection with server and "offline" operating

We supply an international IoT providers SIM card with a prepaid data capacity of 500 MB to the H1 and H2 time clocks which should suffice for years of operation (it very much depends on the number of users and whether it is H1 that does not send GPS or H2 that sends GPS). The time clock has a 4G modem operating in Bands 1, 3, 7, 8, 20 so it will work in most EU countries.

If the time clock is sufficiently charged, it will send the recorded attendance within about 30 seconds after clock-in/out from anywhere where is sufficiently strong mobile signal. The sending of records will not be successful and the records will remain stored in the memeory of the device for later sending, in cases where the time clock is outside a stable mobile provider coverage. The device has a memory for up to thousands of unsent records. H2 also has a limited memory for stored GPS positions.